Depending on who is asked, milk can be a wonderful superfood or the source of much dietary evil. Arguments abound on all sides, and many can prove a convincing case. We already know that we need to be armed with discernment and information when we walk down the dairy aisle.

But when it comes to milk, is it really a good thing for our bodies?

I say yes, no, and sometimes. It really all depends on the source, the processing, and your body. In this installment of the Healthy Eating Made Simple series we’re taking a closer look at milk.

Disclosure: This post contains affiliate links. Purchases made through these links come at no additional cost to you but can bless our family with a small commission. Thank you!

I’ve heard some people argue that humans shouldn’t drink milk because no other mammals drink milk after their infancy. This, of course, is true.

We are also the only mammals to cook and season our food. We do a lot of things differently that all other mammals. Being human means that we are distinctly different than all other animals and needn’t take all of our dietary cues from them.

Milk can provide a healthy balance of protein, carbohydrates, fat, vitamins, minerals, and more. For many people it can be a wonderfully healthy addition to the diet. It simply doesn’t make sense to exclude it because of what other mammals do, or because of some guess as to the lifestyle habits of cavemen.

As far back as Genesis 18, milk is mentioned as a food source. If God’s Word mentions it as a food source,  I’m not going to say that milk should universally be excluded from the diet.

The Source of Milk

It really shouldn’t be surprising to think that an unhealthy animal would produce unhealthy milk. Sadly, much of the regular milk found in stores is from cows kept in very questionable, if not harmful living conditions. This look into large CAFO dairy operations in California was really eye-opening.

In most cases, when you purchase milk from a regular grocery store, you have no idea how the animals were raised. And while rBGH/rBST-free milk is a step in the right direction, there are many other issues to consider. You don’t know if they ever see the sun or eat anything other than GMO corn or soy. You don’t know how they are cared for when they get sick or if they are given subtherapeutic antibiotics.

The best case scenario would be purchasing milk from cows, goats, or other dairy animals that are raised on their natural diet of grasses, hay, and perhaps light grain. You would know that their milk was free from additional hormones and antibiotics and that they were allowed liberal time outdoors. Better still would be knowing the exact farm that produces the milk served to your family.

Basically, when it comes to the source of our milk, it helps to make educated choices on where that milk is coming from rather than just grab what is on the supermarket shelves.

The Processing of Milk

The debate on how milk should be processed can get a little tense, with scare tactics and legal measures abounding.

Commercial dairy goes through two major processes before it lands in the cooler of your local grocery store. It is pasteurized and it is homogenized. When milk is pasteurized, it is heated to a certain temperature for a set amount of time in order to kill the bacteria present in the milk. During homogenization, the cream from the milk is forced through very small openings under high pressure, making them smaller and evenly suspended through the milk.

Both of these processes seem beneficial, but they also have their downfalls. When milk is pasteurized, beneficial enzymes are destroyed while vitamin content may suffer. Homogenized fat particles are more prone to oxidation, and some believe them to be harmful to cardiac health.

Milk that is unpasteurized and unhomogenized is considered raw. While touted as a superfood by some, raw milk faces much opposition. In some states it is completely illegal, and in others contract relationships with farmers (called herd shares) allow families access to raw milk.

The hype surrounding raw milk safety deserves honest and thoughtful answers. No one wants their family sick because of a food item. However, if people have been drinking raw milk for the vast majority of human history, I can’t help but wonder how it can suddenly be so dangerous. I’d certainly never drink raw milk from a CAFO cow, but from one raised in the traditional way on grass, in the open, and milked in sanitary conditions? That sounds to me like the way God designed it. 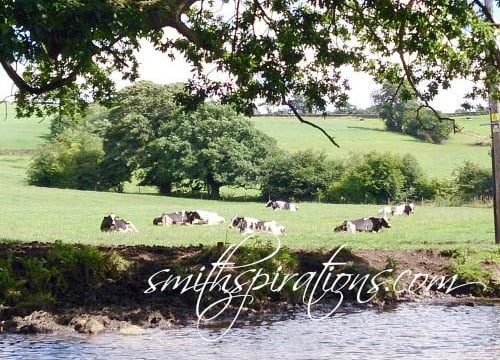 Listen To Your Body

I’ve heard many, many anecdotal stories about people who can’t tolerate commercial, processed dairy but don’t have much trouble with it when it is raw and unpasteurized. To me this makes sense. Some people have trouble with cow’s milk but find goat’s milk to be very agreeable.

However, there are certainly individuals who absolutely don’t do that well with dairy items at all, even when they are unprocessed. Sometimes fermenting the dairy, like in yogurt and kefir, makes it more agreeable, but sometimes it simply doesn’t. Lactose (the sugar in milk) and casein (a protein in milk) are usually the components of milk that cause problems.

Can someone eat a healthy, whole food diet with limited to no dairy foods if they cause them problems? I say absolutely, and many people do! Dairy can be a beneficial addition to the diet, but when it isn’t tolerated well, it’s best to leave it alone.

Our Family’s Approach to Dairy

Our family has opted to go the route of herd shares for our drinking milk. We are connected with a well-established and respected Amish farm that provides raw cow’s milk through our herd share agreement. I culture the milk into kefir and yogurt, I cook with it, and we drink it. We drink the milk whole, though it could certainly be skimmed to make butter. Our whole family enjoys the milk very much.

Raw milk cheese is expensive, and for the most part, out of our family’s budget. We buy regular cheese and everyone in the family tolerates it well.

Switching to raw milk can seem like a scary and rather rebellious endeavor. I mean, talk about bucking the system. It’s living on the foodie edge! Seriously though, it’s not a terribly scary thing, but it does warrant due diligence and research. I’ve found this site to be a very helpful look into the pro-raw milk movement (and it includes research into health and safety issues), as well as this book and this one.

And, as always, I’m not your doctor, just a fellow momma sharing what I’ve learned and where I am in the journey.

So tell me, what are your thoughts on milk in a real food diet?